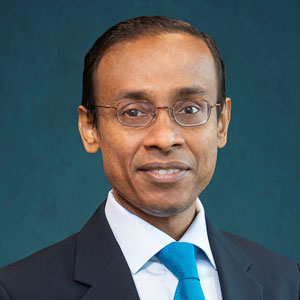 India equities, like other emerging markets, have experienced a challenging first quarter of 2022 due to increasing geopolitical tensions and surging commodity prices. In this investment note, Rana Gupta, Senior Portfolio Manager, and Koushik Pal, Director, India Equities Research, explain that although significant cyclical challenges will likely persist over the short-term, the longer-term story based on deepening formalisation and a growing digital economy and manufacturing base remains intact. They also believe policymakers will deepen and further transform the economy’s structural strengths, such as accelerating domestic reinvestment policies that drives future manufacturing growth.

After being one of the best-performing emerging markets in 2021, India equities have experienced increased selling and net foreign capital outflows in the first quarter of 2022. While there are numerous reasons for the marked change in sentiment, the recent sharp rally in crude oil prices has served as a key factor.

The recent significant change in the macro backdrop may raise questions among investors, particularly concerning the sustainability of India’s post- COVID-19 economic recovery in the new environment. Given the current geopolitical uncertainty and the subsequent effect on oil prices, we will focus on the key areas of importance for India and the impact on our views:

1) The long-term structural growth story that we have previously laid out of formalisation, digitisation, and manufacturing revival, all of which are supported by government policy, remains intact despite short-term pressures.

2) In the current cycle, we think the Indian economy is more resilient to oil price shocks than in the past. This strength is underpinned by the reform-led structural changes of the past eight years.

3) Finally, we discuss calibrating our sectoral views based on the current situation.

Despite recent cyclical challenges, India remains a local and bottom-up investment story with a stable regulatory environment. As we have highlighted in previous pieces, this accomplishment is due to two consecutive series of government reforms that jump-started the country’s structural and transformative journey in 2014:

In our October 2021 piece, we explained that the fusion of these structural changes has created two powerful themes (see Chart 1) that should serve as the primary drivers of India’s medium-term growth trajectory: 1) Formalisation leading to an expansion of the digital economy and 2) Reinvestment driving manufacturing growth.

For illustrative purposes only

We believe the potential pressure of higher oil prices on the country’s external accounts this year may catalyse a similar outcome- accelerating policy efforts to realise India’s potential of increasing manufacturing reinvestment through the Production-Linked Incentive (PLI) schemes. Indeed, the core of the reinvestment policy is the government’s aim to reduce India’s dependency on imports and promote greater onshore manufacturing.

We estimate that oil imports will represent around 26% of India’s total import bill in Financial Year (FY) 20223. While India will need to import crude oil for the foreseeable future, the government is encouraging domestic investment for other significant non-commodity items under the PLI schemes via:

Indeed, this dynamic is already playing out with solid growth in domestic electronic manufacturing that should lead to high export growth of around 33% in FY 20224. We believe the PLI schemes will attract significant investment and incremental added value of INR 30–35 trillion (US $400–466 billion) over the next 5–7 years, thereby improving manufacturing’s share of GDP5.

As this happens, it should create another virtuous cycle as more added value in manufacturing will increase net exports thereby raising domestic savings. This, in turn, will improve government finances and ultimately reduce the cost of capital, affording the government fiscal room to support the manufacturing sector with better infrastructure and incentives.

We saw this policy consistency demonstrated in February’s Union Budget, which focused on capex growth and cuts in fiscal subsidies. It also increased the directed benefits for domestic manufacturing, strengthening supply-side reforms that raise the economy's long-term growth potential.

India is the world’s second-largest net importer of oil. If oil prices are sustained beyond US $100 per barrel for an extended period, it could potentially create negative cyclical pressures on the economy.

According to our estimates (see Chart 2), which assume higher average oil prices are sustained for a one-year period, every US $10 per barrel increase in the oil price widens the country’s current account deficit by roughly US $15 billion. We think that India’s overall balance of payments turns from surplus to deficit if crude moves beyond US $90 per barrel. The cyclical pressure of higher oil prices should transmit through the domestic economy via four channels:

2) Increased domestic inflation and reduced policy room for the Reserve Bank of India to maintain an accommodative policy stance.

3) Lower real GDP growth in the short term as domestic consumption and capex adjusts to lower savings and/or increased cost of capital.

While these cyclical challenges are significant, we should also understand why the Indian economy is currently more resilient to oil price shocks compared to the past. The resilience will ensure that the cyclical problems do not damage the long-term potential of the economy and maintain overall macro stability. We see three factors underpinning this important change.

1. Stable current account deficit and growing export-to-GDP ratio: India, due to a comprehensive policy agenda to improve domestic manufacturing, has boosted its global market share (particularly in electronics and chemicals) and improved its current account resilience over the last four years through growing exports as a percentage of GDP (see Chart 3 and 4).

2. Manageable fiscal deficit: We expect the government to cut excise duty on fuel to soften the blow to consumers and contain the impact on real GDP growth. Even after absorbing 50% of the impact, we believe the overall deficit should align with the medium-term fiscal goals. While this may widen the fiscal deficit, it will still be within tolerable limits.

In our view, the recent budget’s tax estimates were quite conservative. We expect the actual fiscal deficit to be 50 basis points (bps) lower than budget estimates, primarily driven by better-than-budgeted Goods and Services Tax (GST) collection levels.

Should the current geopolitical tensions and energy-market imbalances continue for an extended period, we expect to see cyclical pressure on India’s growth outlook in CY2022, given elevated energy prices and a higher external account.

However, this does not detract from the reform-driven longer-term growth story. If anything, this is likely to strengthen the government’s reinvestment-led reform agenda designed to reduce net imports. As discussed above, even at an average crude oil price of US $120 a barrel, the effect on real GDP growth and inflation can be partly contained by the available fiscal buffer. Of course, if oil were to rally and move beyond the levels we envisage in our assumptions, it would add further pressure to macro stability and growth estimates. Ultimately, this remains a critical risk to our outlook.

Despite near-term cyclical pressure, India is likely to remain one of the fastest-growing large economies in FY22 and FY23, as the service sector revives with a fully vaccinated adult population. We also note that while real GDP growth will be lower than earlier estimates, nominal growth will remain high (we estimate between 13–14% nominal GDP growth for FY23).

We are positive on India’s long-term structural story that will be led by the formalisation of the economy (leading to high growth in the digital economy and a better fiscal position) and a growing manufacturing sector led by government policy.

However, current challenges would mean these sectors face added risk to their revenue and earnings estimates for CY22/FY23. These sectors and stocks have performed well in the past and now trading at relatively higher valuations.

While the Indian economy adjusts to current uncertainties, we have calibrated our views as follows.

We are more optimistic over the short-term on:

We are less optimistic over the short-term on:

We remain constructive on:

Financials should benefit from higher nominal growth as inflation feeds through to loan growth. We see better risk-reward with most large banks, as they are well capitalised and credit costs are likely to be under control. The recent earnings season shows better asset quality and sequential improvements in loan growth. Within financials, we continue to like digital platforms in the areas such as health insurance and broking.

We are less constructive on:

Energy and Utilities. Most companies in these sectors have weak ESG characteristics and an uncertain growth outlook. Higher energy prices also raise the risk of state-owned energy companies shouldering part of the subsidy.

1 Reforms such as the JAM Trinity, GST, RERA, and Bankruptcy Act.